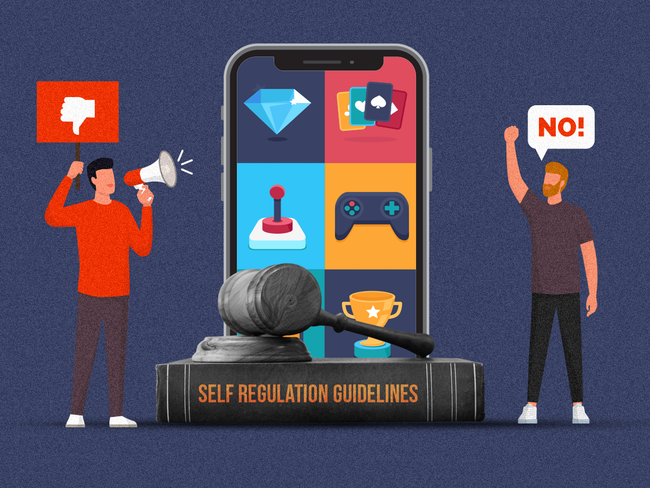 E-gaming startup WinZo has opposed the idea of joining a Self-Regulatory Organisation (SRO) for e-gaming firms, two sources briefed on the matter said.

This comes amid government efforts to draft guidelines for online gaming.

WinZo had written to Minister of State for Electronics and IT Rajeev Chandrashekhar expressing its views on the SRO structure in June, the sources said.

Besides WinZo, other gaming firms have also had internal differences on the matter and there is a consensus that one SRO might not be enough for the sector, the sources added.

“WinZo formally shot off its note to the government (in June). But companies are of the view that one SRO might not be enough,” one of the sources said. “There is also concern among companies like WinZo that an SRO structure might also lead to governance issues if it is driven by fantasy gaming platforms,” another person added.

WinZo identifies itself as a real-money gaming platform that is skill-based and not chance-based.

Discover the stories of your interest

When contacted, WinZo’s founder Saumya Singh Rathore told ET that the company was opposed to an SRO structure.

“As a stakeholder, we agree on the urgent need to revamp the regulatory framework for the digital gaming industry,” Singh and co-founder Pavan Nanda wrote to the ministry in the letter dated June 24.

The founders added that enforcing governance by SROs in the digital gaming industry was not possible “ due to a well-documented history of an inability to achieve the desired outcomes in other sectors such as financial securities.…”

However, the WinZo founders also signed a follow-up note to Chandrashekhar on June 27 – which was co-signed by 79 other gaming firms – recommending how games of skill should be defined.

ET recently reviewed a copy of both the letters, the contents of which have not been made public till now.

WinZo hosts about 100 skill-based third-party games, including fantasy cricket and football, chess, carrom, racing, and others. The platform’s main contention is the outsized influence of certain gaming companies in the sector over the SRO.

“It is noteworthy that nascent sectors are often susceptible to the growth of monopolies and resultant intense competition. The fear also is that the process envisages an approval of each game by an SRO, before launch. Inherent in this process is the disclosure requirement of some of the IP – to industry peers – which is not an incentive for any industry to thrive or innovate,” according to the first letter.

Singh and Nanda said strategic advantage may be lost on account of the inherent inefficiencies that creep into the process of certification by an SRO.

WinZo’s stand on SROs comes at a time when it has sued Google for its recent policy to allow daily fantasy sports and rummy games on the Google Play Store as part of a pilot project, leaving out a large segment of skill gaming platforms and independent developers.

ET reported on August 23 that rules for gaming under the IT Act would contain clauses on self-regulation and that the gaming sector has already been directed to come up with an SRO that can look into and adjudicate various aspects related to online gaming.

“A self-regulatory framework with the controlling involvement of any monopolistic entity or entities may prove counter-productive to the competitive spirit of the market, by the creation of barriers to entry for new age players,” the note sent by WinZo founders added.

Stay on top of technology and startup news that matters. Subscribe to our daily newsletter for the latest and must-read tech news, delivered straight to your inbox.

You may also check our recommended dedicated server to be safe from any law.

Disney knew Twitter had bots but wanted to buy it anyway

ThrottleNet Again Named One of the World’s Premier Managed Service Providers by...

Binance Granted MVP Licence To Boost Its Presence In Dubai

Itís hard to come by knowledgeable people for this subject, but you sound like you know what youíre talking about! Thanks

The Battle Looms Over Net Neutrality
The Benefits of Remote Management and Monitoring for Dedicated Server Cost Savings
Are My Files Safe In The Cloud?